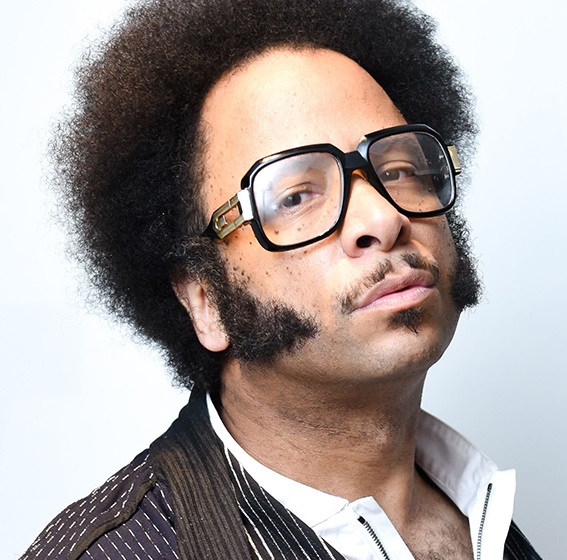 Boots Riley has two claims to fame: he is the lead MC for the legendary political hip-hop group The Coup and director of the 2018 film Sorry to Bother You, a dark comedy that delivers an extraordinary critique of American capitalism and racial exploitation. Riley is one of the most respected political artists in the U.S. today, and is particularly beloved in the Greater Bay Area, as an Oakland native who made a huge mark on hip-hop history with his astute and incendiary rhymes for The Coup. Based on his musical accomplishments, he was named “one of the 10 most influential people of 2002” by Vibe magazine. More recently in his capacity as a filmmaker, he won the prestigious Independent Spirit Award in 2019 for Best First Feature.